What a “Hollywood ending” for this sweet dog! Betty would be proud! ❤️

The Oscars were on Sunday, and while there were many memorable moments with some of Hollywood’s biggest stars, one surprise guest really made the night for animal lovers: a rescue dog named Mac-n-Cheese, who took the stage as part of a special tribute to the late Betty White.

The sweet dog who was held by Jamie Lee Curtis certainly made a big impression — and now, his story has an amazing and even more star-studded update, after Mac-n-Cheese found a home with one huge actor.

The dog appeared as part of the Oscars annual in memorial segment, honoring those in the industry who have died in the past year. A few big names got special tributes, including Sidney Poitier, Ivan Reitman, and Betty White.

White died on December 31 at the of 99, just weeks before her 100th birthday. The groundbreaking comedic actress was best known for her beloved roles on shows like The Mary Tyler Moore Show and The Golden Girls, along with films like The Proposal.

But she was also a devoted advocate for animals, supporting various animal causes for decades, often anonymously. She often said she would like to be remembered most for her animal work.

So when the Oscars paid tribute to the late actress, they made sure to celebrate her love of animals by having a sweet rescue dog named Mac-n-Cheese take the stage, carried by Halloween star Jamie Lee Curtis.

“She was not only a Golden Girl, she was a legend who brightened every room she walked in and brought a smile to the faces of all who watched her on the screen,” Curtis says in her tribute to White. “And day in and day out for almost a century, she was a woman who cared so much for not just her two-legged friends but for animals just like this.”

She then encouraged people watching to pay tribute to Betty by adopting a rescue pet.

“So the greatest gift you could give Betty White is to open your heart and your home and adopt a rescue dog just like Mac-N-Cheese from Paw Works. So thank you, Betty, thank you for being a friend to us all.”

The little dog delighted audiences around the world — and made a big impression on one iconic actor.

John Travolta, the iconic star of classics like Saturday Night Fever and Grease, was at the ceremony, presenting Best Actress in a reunion with his co-stars from Pulp Fiction.

It turns out that was the beginning of a beautiful friendship. Curtis later found out that Travolta and his family had adopted Mac-n-Cheese for good!

At an Oscars Travolta caught up with Curtis, his friend and co-star in the 1985 film Perfect, and couldn’t resist getting a moment with Mac-n-Cheese. Curtis shared a photo on Instagram.

Travolta shared a photo of his son Ben holding Mac-n-Cheese, announcing the adoption.

https://www.instagram.com/p/CbqosEVpIGj/
Curtis also shared the news, calling it an “emotional end” to the story and a “perfect tribute to Betty White,” saying it shines a light on the work that animal shelters do every day.

It’s a true “Hollywood ending” for this sweet little rescue dog, who now has a home with one of Hollywood’s most famous stars.

And we’re sure Betty White is up there smiling, knowing that her Oscars tribute was used to help a dog find a home.

While she may be gone, Betty White left quite a legacy and is still inspiring people to be kind to animals.

After her passing, fans and animal lovers were moved to do something in her honor and began the “Betty White Challenge,” encouraging people to donate five dollars to their favorite animal rescue. Shelters across the country saw a big increase in donations on White’s 100th birthday.

And in addition to paying tribute to her on stage, Curtis, who co-starred with White in the film You Again and is a fellow advocate for animals, had the late actress in mind throughout the ceremony, having her red carpet dress designed by animal rights advocate Stella McCartney.

“Betty White was an animal rights activist and when I knew I was going to make a statement about her, I went to Stella McCartney, who is an animals right activist,” Curtis told Access Hollywood, per Us Magazine.

“They made me this dress. I feel like it’s telling Betty’s story.”

What a heartwarming ending to this story. We know Mac-n-Cheese will have a very happy new home with John Travolta and his family, and we know Betty White would be very proud! 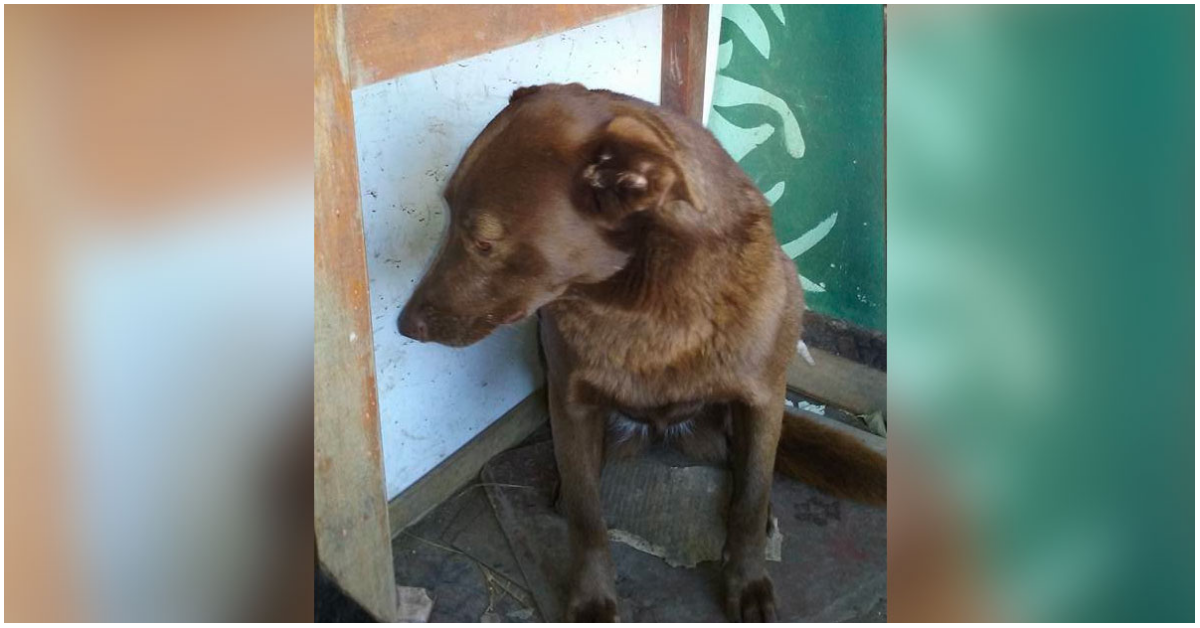 Homeless Dog Who Lived In A Field For 7 Years Paws At Rescuers, Begging To Be Saved