Rescuers believe the dog was out in the snow during a blizzard and she nearly gave up on life.

It was an extremely lucky break for one stray dog who was at risk of freezing to death in some deep snow. The stray dog was spotted by someone who was driving along the Trans Canada Highway in Manitoba.

As they were driving, a figure caught their eye, so they stopped the car in order to get a better look.

It looked like a lumpy beige thing stuck in the snow, but they were shocked to realize it was actually a dog that they were looking at! And they had no idea where she came from.

As the volunteer-based animal rescue Steinbach & Area Animal Rescue shared on their Facebook page about the encounter, “It was the morning after a two-day blizzard and this dog appeared to have been huddled in the snow for a while based on the amount of urine.”

The rescued dog was given the name Riley. When they found her, she was extremely cold and quite scared, so she was unable to walk. Her matted fur was covered in snow, but it was so matted that it had turned into some pretty big and painful dreadlocks.

The rescuers shared, “She was too cold/sore/scared to walk, and as much as we tried to encourage her to walk we had to pull her out on a tarp, which wasn’t easy because of the deep snow.”

The fight to get Riley unstuck from the snow was not an easy one. It wasn’t just Riley who was stuck in some deep snow. The rescuers themselves were up to their waists in snow as they tried to get her out.

Once they managed to free her, it was immediately off to the vet’s office for her. That is where the mystery of her origins really got questioned.

According to the vet, they learned that Riley had no microchip or tattoo. She had not been spayed, but she has had puppies before. Given her mysterious origins, it was wasn’t a shock to anyone that she went unclaimed.

Even though the golden doodle is a very sweet-natured dog with a calm disposition, the Steinbach & Area Animal Rescue isn’t taking applications for Riley’s adoption just yet. However, they do have a whole host of other animals in need of homes.

Watch the rescue video below: Homeless Dog Suffering From Cancer Only Wants To Be Hugged 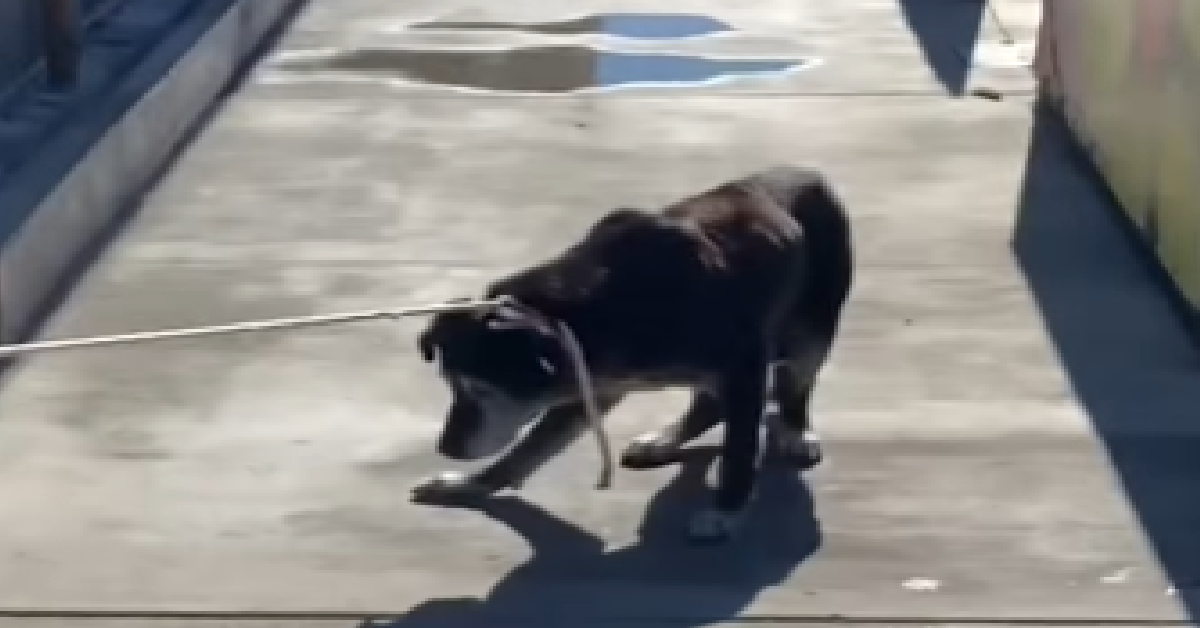